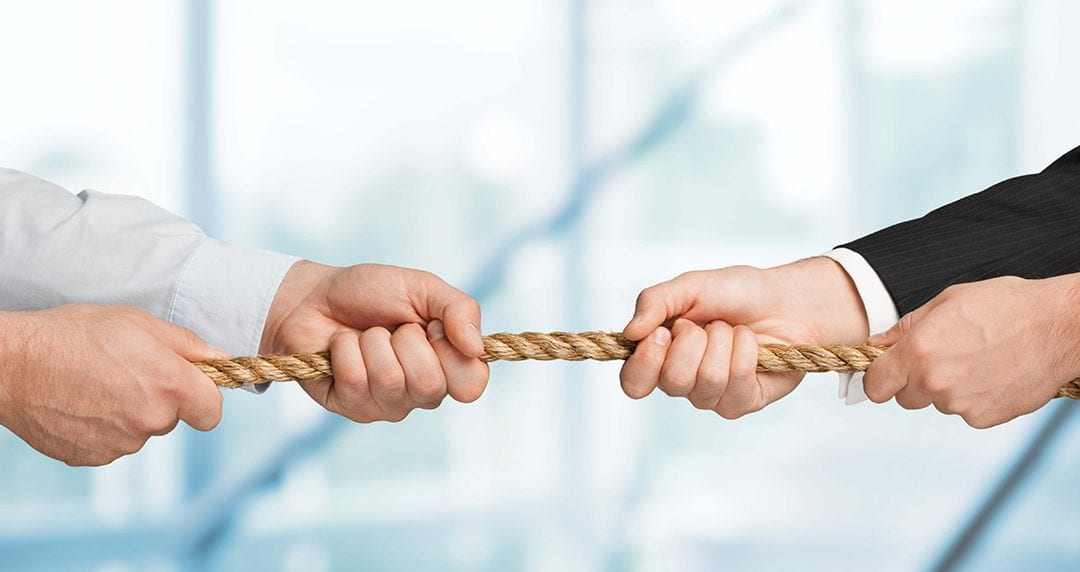 The big banks have thrown their hat in the ring in the buy now pay later (BNPL) market contest. With some products that look a lot like a credit card but work a bit differently.

Buying now and pay later is literally the definition of credit, which is a banks’ bread and butter. The business model and balance sheet are already there, I’m surprised it’s taken this long for them to come up with the product.

The banks in question are NAB and CBA, whose reason for entering the market was along the lines of “in response to the way consumers now want to access credit”. I.e. short term and no interest. I actually see this as very logical from a bank’s point of view and I’m going to have a look at the products and briefly compare to the other BNPL options in the Australian market.

These new credit cards will technically attract no interest, but you do pay a monthly fee for every month the card has a balance. Seems fair. And because it’s a flat fee, the card limit is low and there are minimum monthly payments, so it’s next to impossible for debt to spiral out of control due to compounding of interest.

If you only make the minimum repayment it will take you until January 2024 (40 months) to pay off the debt. In the process, you will pay $400 in fees (not interest). In the first year you are paying 12% of the initial $1000 in fees. That’s in the ballpark of a credit card. As the balance reduces this fee as a percentage of the balance (not an interest rate!) only increases. Read more about NAB’s Straight Up card here.

CommBank doesn’t specify a minimum repayment on the website. But if you simply change the $10 to their $12 repayment, it will take you an additional 5 months and $60 to pay off at a not-an-interest-rate in the first year of 14.4%. Read more about CBA Neo card offer here.

Lets break it down

Now let’s assume the TV only costs $500. What does this do to the numbers? For CommBank it now only takes 23 months to pay off at the minimum repayment, but you’ll pay $276 in fees. For the first year, the fees are 29% of the initial cost, which is astronomical.

Of course, much like a traditional credit card, I don’t think the cards are actually designed to be used like this, though they definitely will be. You can opt to pay more than the minimum repayment. In fact, I would propose that you absolutely should in either scenario, since the quicker you can pay it off the fewer fees you’ll pay. Same as any other credit card.

Ideally, you probably don’t want to hold the debt for any longer than a few months, as the fees you pay compared to the balance just don’t seem worth it. If you have the ability to pay off a credit card in a month or a few months, then there is actually very little difference to a real interest-bearing credit card. The only difference is that the bank is guaranteed to be paid if you use it (as opposed to credit cards where you’ll generally get 55 or so days interest free), and the fee they receive doesn’t change with the balance of the card. For the bank, at worst it’s a 14.4% annualised interest rate, and the lower the balance, the higher the “effective-interest-rate” (my term). The more I think about it, the more I believe this is such a sweet deal for the banks.

Like I said, this might be an extreme example, but it does illustrate that the product is actually much closer to a credit card than a BNPL product.

There are various BNPL businesses in Australia, who all have a different flavour, and appeal to different people for different purposes. Let’s take a look at a few others to compare.

Afterpay (ASX: APT) a market darling and perhaps the most divisive stock on the ASX today. This allows purchases of a few hundred dollars and the consumer can pay it back in 4 fortnightly instalments for free.

There are no monthly fees, no interest; only a late fee if applicable. It is the merchant who pays (on average) 4% for the service. I like this model because it costs the consumer nothing and the level of fraud and delinquency genuinely seems well controlled and has improved as the company matures. Afterpay do charge late fees, but I believe the company when they say they would still prefer people to pay on time because the late fees only cover a part of the cost of recovering the debt.

There’s an interesting word. Debt. And it is debt when you have to make repayments to someone for lending you money. But Afterpay aren’t considered a finance company, they are considered a tech company. Just ask GICS, who do the company industry classifications. And ask the ASX, who recently included the stock in their tech index. But this is a digression.

Zip Pay (ASX: Z1P) on the other hand, doesn’t charge interest either, but does charge the consumer to use the product. Which is a flat monthly fee of $6 for every month you have a balance. Zip Pay also requires minimum monthly repayments of $40. Now this sounds familiar.

That’s right, the NAB and CBA cards are quite similar to the business model of Zip Pay, which I’ve always considered was much closer to a “digital” credit card than the likes of Afterpay. Not that there’s anything wrong with that, but let’s just see it for what it is. The only difference is that the banks give you a card, zip is purely digital. Let’s run the same analysis on Zip Pay.

In line with the first scenario above, let’s say you bought something for $1000 using Zip Pay and only pay the minimum repayments. This time, the minimum is $40. It would only take until March 2023 (31 months) to pay off the balance and you would only pay $186 in not-interest. On the initial balance, the fees paid in the first year comes out to around 7.2%, which is, in my opinion, much more reasonable. 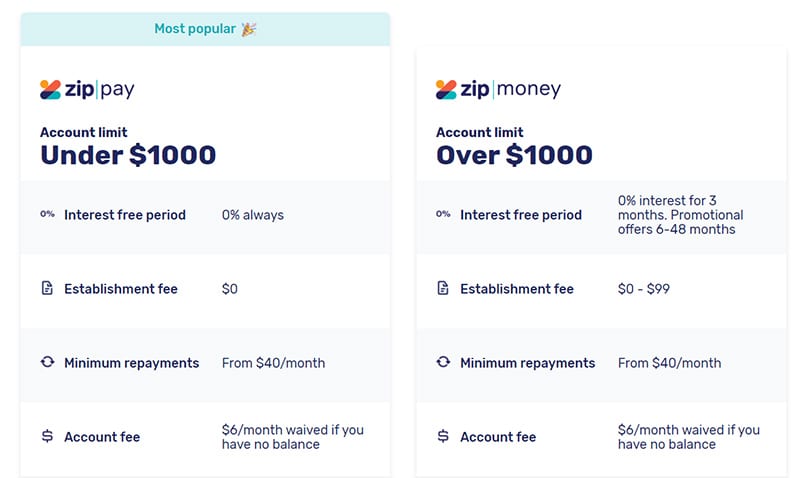 The BNPL pie is getting significantly bigger and all slices seem to be growing. The banks have finally realised this and decided to get in on the action. CBA clearly followed NAB, announced their CommBank Neo card only a few days later (they have merely thrown together an informational landing page for you to register interest, not apply). I dare say ANZ and Westpac won’t be far away.

In the next few years, as losses begin to weigh on the BNPL sector and consumers start to settle on their favourites, we will start to see consolidation in the sector. Some unviable businesses may even exit. But the banks, with their balance sheets and large profits will remain and could even participate in the consolidation.

To this end, my view is that Afterpay has genuine staying power. BNPL is a genuine product, and there is clear resonance in the market for this kind of credit product. Afterpay has first mover advantage, at least in Australia, which has helped their brand immensely (I mean you’re not going to “Sezzle it” are you), and in my view the product is the most attractive to consumers fee free value proposition to consumers.

This isn’t an article on why Afterpay is the best BNPL stock. Maybe it’s the best business model in the sector, maybe it’s not. I truly don’t think we’ll know until the industry reaches some level of maturity.

This is an article on the next page in the BNPL story. The day the banks entered the building. Even though I’ve shown that these interest free cards are a significantly worse product that others in the market, the products will also have staying power, simply because of who is backing them. They will cost the banks relatively little to launch and maintain, as the systems are already in place, and margins on the product should be relatively healthy.

So, expect these new interest free cards to stick around, but they won’t be for me.

We can help you sort through your debt managment.
Talk to one of our expert financial advisors today by contact us or booking a free consultation

Advisory Group makes no representation or warranties as to the accuracy or completeness of any statement in it including, without limitation, any forecasts. The information in this document is general information only and is not based on the objectives, financial situation or needs of any particular investor. An investor should, before making any investment decisions, consider the appropriateness of the information in this document, and seek their own professional advice. Past performance is not a reliable indicator of future performance. The information provided in the document is current as the time of publication.